Organization dedicated to develop activities related to Tango in its diverse artistic expressions. The point of origin is Carlos Gardel, Carlitos, El Mudo, the Morocho del Abasto, the Troesma, or with the simplicity of the birds "EL ZORZAL" as he was baptized by José Betinoti.

Because it is an emblematic symbol of our culture, our goal is:
Remember and recreate his life and artistic legacy, emphasize and revitalize his work, as creator of the tango song and innovator of folklore.
Today Gardel and Tango are an expression of the authentic feeling that several generations have bequeathed to us. That is why we consider it necessary to exalt it as artistic, cultural and social heritage.
Promote our citizen music in its diverse expressions, promoting the creativity of our artists, favoring their recognition and dissemination both in our country and abroad.

THIS PROGRAM INCLUDES BETWEEN ITS ACTIVITIES:

* Carry out exhibitions and presentations in official and private areas, including artistic activities linked to tango in its origin for the preservation and dissemination of cultural heritage.

* Disseminate the contents of the organization to other countries.
* Presentations with important artists of the medium such as singers, tango dancers, actors, writers, historians, etc., leaving open the possibility of promoting new artists.
* Organization of cultural workshops in public or private organizations.

Mr Carlos Gardel: his prestigious voice, the one that characterized him with tears in his throat and immortalized his singing for posterity. Today Gardel is definitely universal. It exceeds time and eras, being a genuine emblem of the national culture in the history of the “Tango” genre.. Around 1910 he made a national tour as a duo with the singer and dancer Francisco "Pancho" Martino "his first guitarist".

At the beginning of the 1911 decade, in a friend's house located on Guardia Vieja Street today (Pasaje Carlos Gardel) he met the Uruguayan José Razzano. Then around 1912 they performed as a trio Gardel - Razzano - Martino in the Casa Suiza and later a quartet was formed that added the Cuyo Saúl Salinas. Next, the Gardel-Razzano duo stood out, which was made up of Morocho and Oriental José Razzano, who years later, in 1925, due to problems with his vocal cords, abandoned singin.

On April 2, 1912 Gardel signed a contract at Casa Tagini. This would be one of the highlights of his career, here he made a series of first recordings on disc for the Columbia Record label. History marks a before and after; when in 1917 the composer Pascual Contursi adapted his verses from “Percanta que me amuraste” to the music of the instrumental tango “Lita” by pianist Samuel Castriota, a fusion that gave the first plot and emblematic tango in history, entitled “Mi noche triste” . The tango was performed and recorded on disc by Carlos Gardel for Nacional Odeon in 1917 and 1930.

1917 would be a very important year for the singer; he would film for the silent cinema the first film of his artistic career. “Flor de Durazno” filmed between the provinces of Córdoba and Buenos Aires. Directed by the director and playwright Francisco Defilippis Novoa, based on the homonymous novel by the writer Hugo Wast. Years later, the star would venture into European and North American cinema. With success too, he made his music known worldwide through the actor in different feature films: The lights of Buenos Aires, Wait for me, The house is serious, Suburb melody, Downhill, Tango on Broadway, The day you love me, Tango bar, Cazadores de Estrellas.

He shared friendship with world idols such as Charles Chaplin, Maurice Chevalier, Frank Sinatra, Enrico Caruso. His real name: Charles Romuald Gardes, natural son of Doña Berta Gardes, his father was Paul Lasserre. He was born in Toulouse (France) on December 11, 1890. As immigrants, he arrived with his mother at the port of Buenos Aires (Argentina) on March 10, 1893. He spent his childhood and adolescence in Abasto, he became a nationalized Argentine in 1923. He was from Buenos Aires by adoption and sang to Buenos Aires like no one else. He died in a tragic plane crash with almost his entire entourage on tour on June 24, 1935 in Medellín (Colombia). His remains currently rest in the La Chacarita Cemetery, Buenos Aires, Argentina. 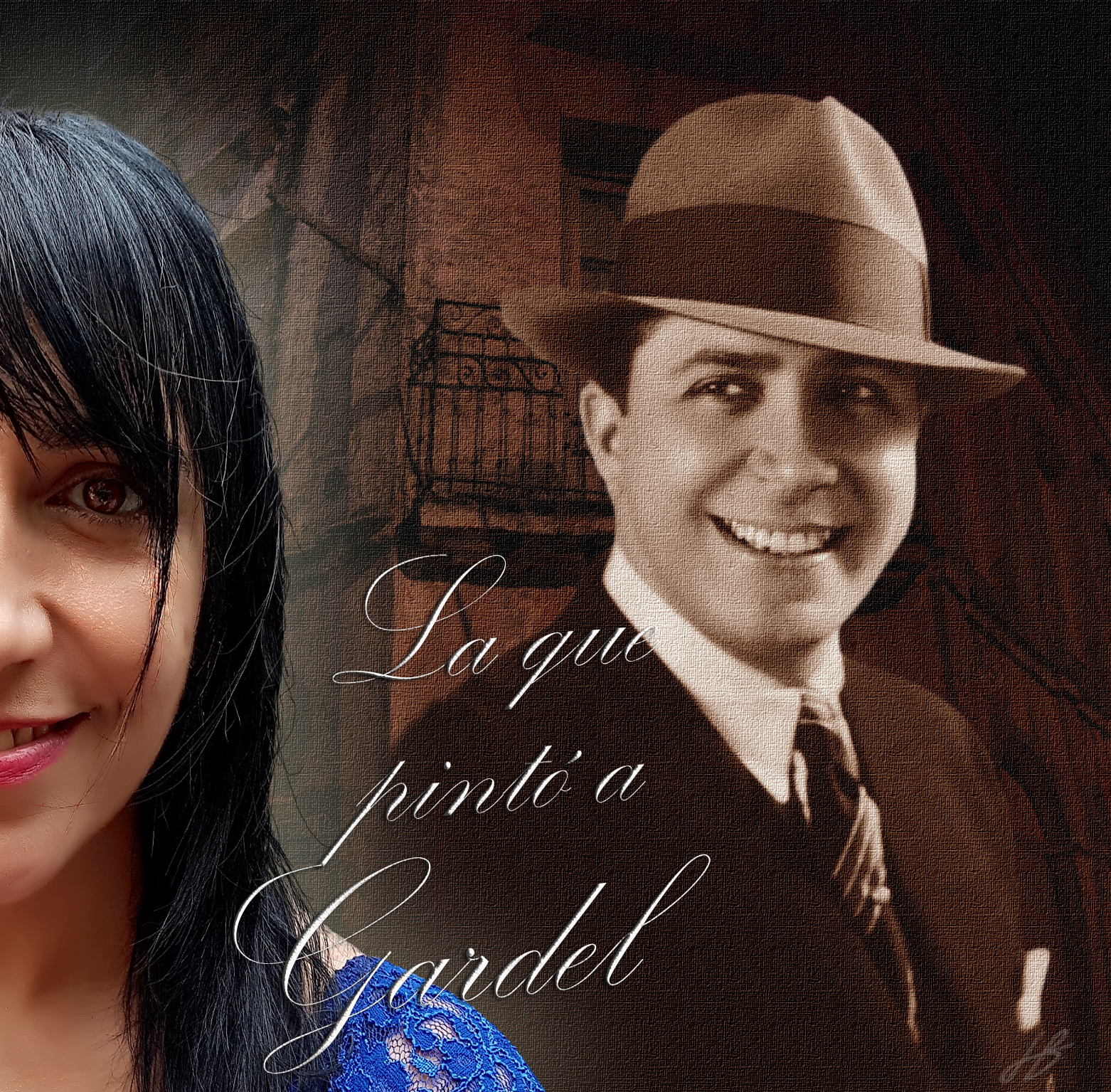 Artistes of different genres dedicate a few words to the author

"It was the year 1929 and I personally met Carlos Gardel at the Palermo racecourse. We always went with who was my friend Juan Maglio (Pacho) and from that moment we always met with Carlitos who was a big boy, of very good character and better person. Therefore I can tell you that Saide Abdalá has done one of the most faithful and real works on the figure of our beloved Carlos Gardel. "
Gabriel Clausi (Chula), bandoneonist, director, arranger and composer.


"When Tito Lusiardo met Gardel on the heights, he asked him about Pascual Contursi and they remembered" My Sad Night "in that Esmeralda Theater where today Gardel would thank Saide Yamila Abdalá for his plastic creation, perpetuating it".
Mario Jorge De Lellis dedicated a poem to the Unforgettable:

"Thank you for your distant works Amiga, self-taught life, the admiration of Alberto Mosquera Montaña, poet, illustrious citizen of the city of Buenos Aires."
"I see in that youth so splendid of that creature, that he does the things he does, that one can die calmly because he knows that there are people like Saide Yamila who wants what is ours, who loves our artists."
Nelly Omar, artistic godmother (Extracted from the report by Radio Nacional)
Who would have imagined that this woman with small hands and graceful figure, could have made such a monumental collection and dedicate the highest exponent to these days of our Culture.
Bruno Cespi, collector.
"I notice in our artist a singular admiration for the work of our great singer, which added to hers artistic conditions allows to enhance the result in an admirable way, the conformation of this exhibition has provided, in addition to the pictorial sequences, the possibility of showing elements that give a colorful period, and I have been fortunate to be able to contribute to it some original records that are testimony of the evoked time ".
Oscar del Priore poet and writer.

Note made by Telesur during the Night of the Museums at the Carlos Gardel House Museum.