SCHEDULE
Thursday December 5, 7:00 pm
Inauguration of the cultural and tourist program “GARDEL MEMORIA DEL MUNDO” in the province of Córdoba.
Welcome to be held at the emblematic GRAN HOTEL VICTORIA, a historic hotel in the City of Córdoba where Gardel once stayed, and which today belongs to the Merit Grupo Amerian group.
Tribute of two people who died who did a lot for Gardel and tango ... historian and writer Anastasio Hernández, who published an important book about the Zorzal where they detail their activities in the Province, and the collector José Pedernera, diffuser and collaborator in the Tango entities in the province of Córdoba.
Mention of Raúl Vázquez Cuesta, sculptor of the remarkable monument to Carlos Gardel in Parque Plaza Las Heras. We will have the presence of the architect Marcos Quiróz who designed the original cylindrical pedestal of the monument established.
Then the allusive sample to the Creole Thrush is declared open, belonging to the Gardel Tribute collection. This includes historical collectibles related to the Zorzal, and you can see the well-known Gardelian paintings by Saide Abdalá.
The exhibition will be open until December 27.
Place: street May 25, #240, Córdoba Capital.
Friday, December 6, 8:30 pm: “EL DÍA QUE ME QUIERAS"
Projection for the first time in Córdoba of the restored version of "EL DÍA QUE ME QUIERAS".
One of the six Gardel films restored by the Cinemateca Argentina Foundation, under the presidency of Marcela Cassinellli.
It was projected with resounding success in April within the cycle called “GARDEL CANTA CADA DIA MEJOR”, in the Lugones Hall of the San Martín Theater in Buenos Aires (CABA). Currently the films are being presented successfully in different countries.
Thanks to FCA “For safeguarding our valuable film heritage.”
Honorable Mention to the film “EL DÍA QUE ME QUIERAS” for its restoration, and to Marcela Cassinelli.
Place: Cineclub Municipal HUGO DEL CARRIL, street Bv. San Juan #49.
Sunday, December 8, 11:00 am: “GARDEL EN CÓRDOBA”.
Special circuit with guided tour.
Tour of Studio Theater, historic Teatro Novedades where in 1914 debuted in the province the Gardel-Razzano duo. He will continue his journey on street San Martin 57 where Zorzal made several presentations at Palace Theater, today Balbi, where we will see the plates donated by the Tribute Commission to Carlos Gardel. Then follow the route to the Gran Hotel Victoria.
Place: street Rosario de Santa Fé 272, Córdoba Capital.
Wednesday, December 11, 11:00 am: "CONVOCATORIA GARDELIANA".
Celebration at the Carlos Gardel monument in Parque Las Heras square.
Place: street Bv. Las Heras 350, Córdoba Capital.
Wednesday, December 11, 6:00 pm to 9:00 pm: "CONVOCATORIA GARDELIANA".
Celebration in the bust of Carlos Gardel in the Calicanto of the Cañada. Floral offering.
Place: Marcelo T. de Alvear 465, Córdoba Capital.
Accession of Milonga con Alma de Tango.
Place: Bv. San Juan corner Velez Sarsfield - Plazoleta Casa Rosada
Thursday, December 12 7:00 pm: “HOMENAJE AL TANGO”.
Accession of the Academia del Tango subsidiary Córdoba.
Place: Casa de Pepino Cultural Center, Fructuoso Rivera 287.
Soon information on the portal of the City of Córdoba.

GARDEL SIGLO XX IN THE INTERNATIONAL CONGRESS OF THE LANGUAGE 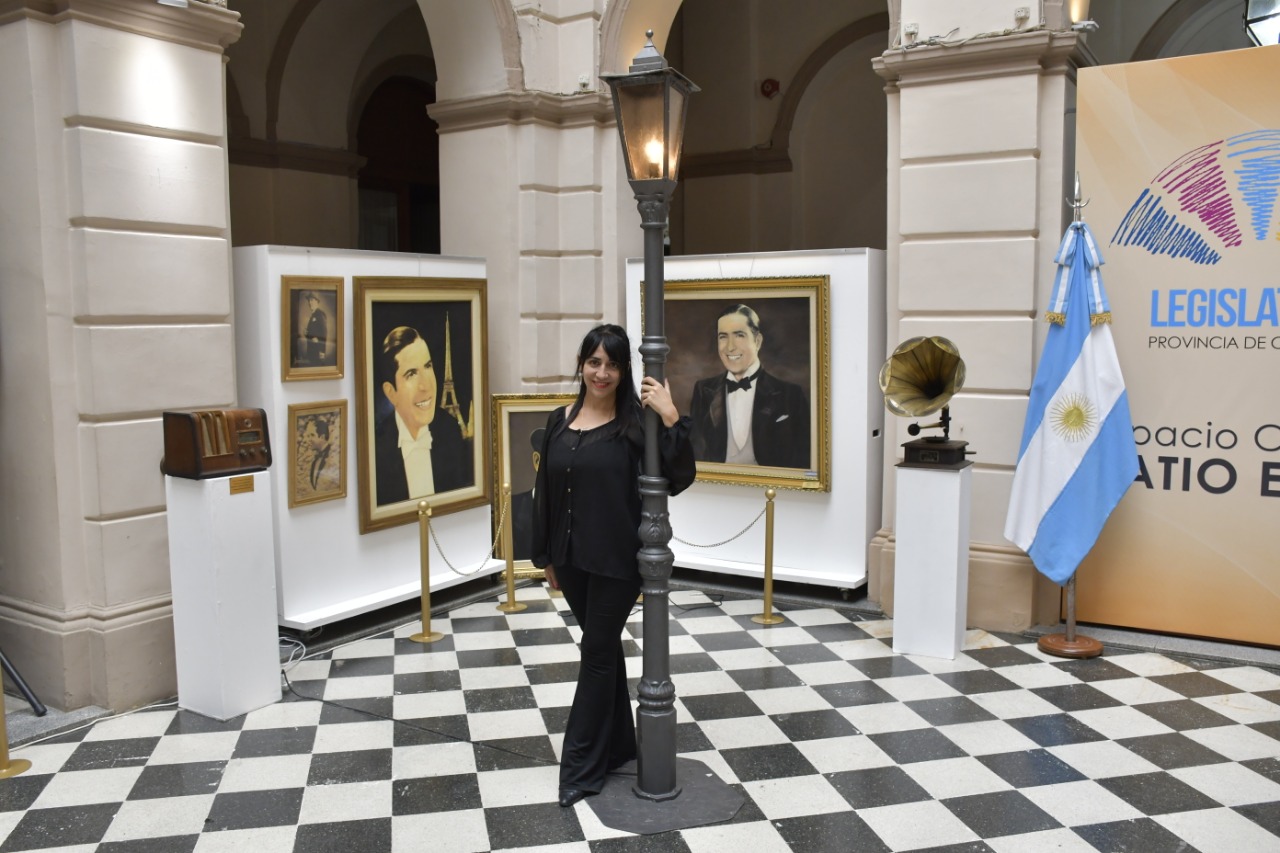 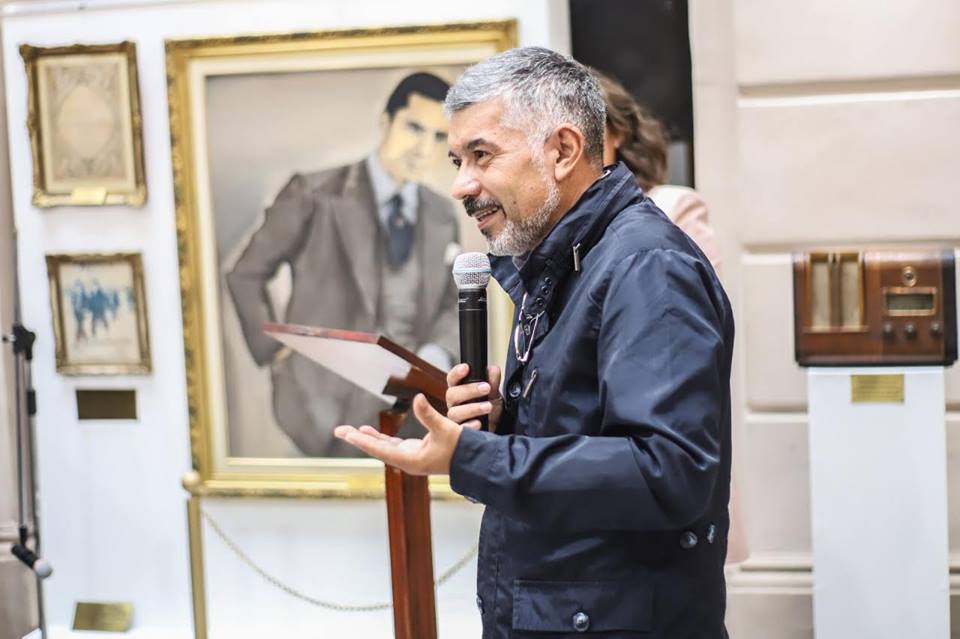 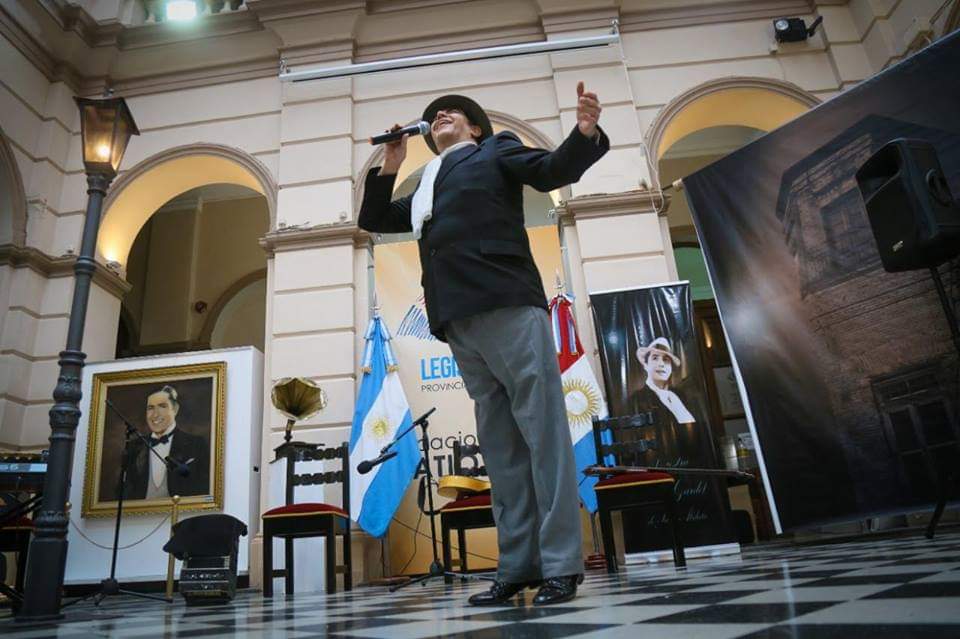 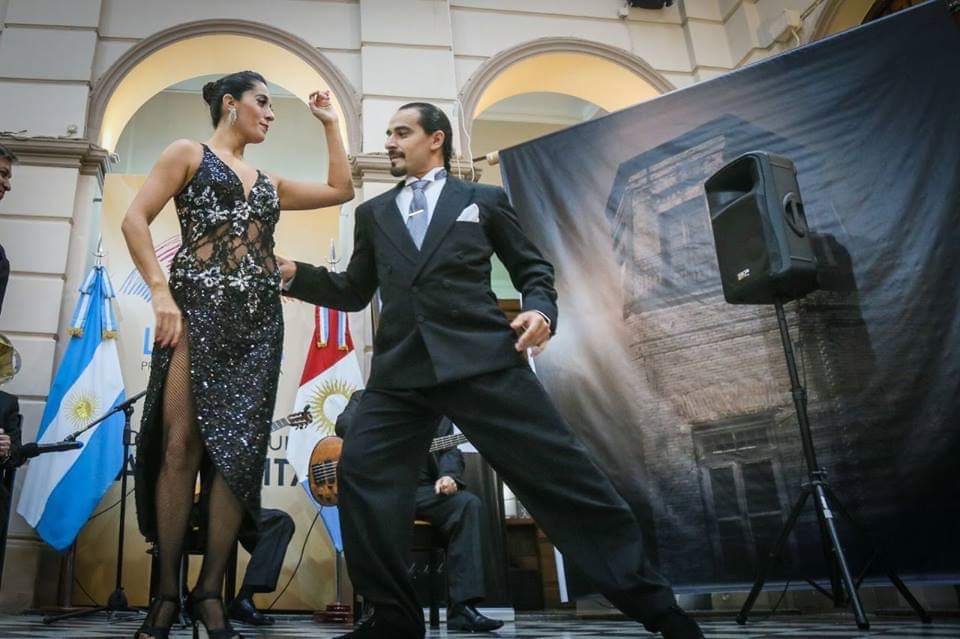 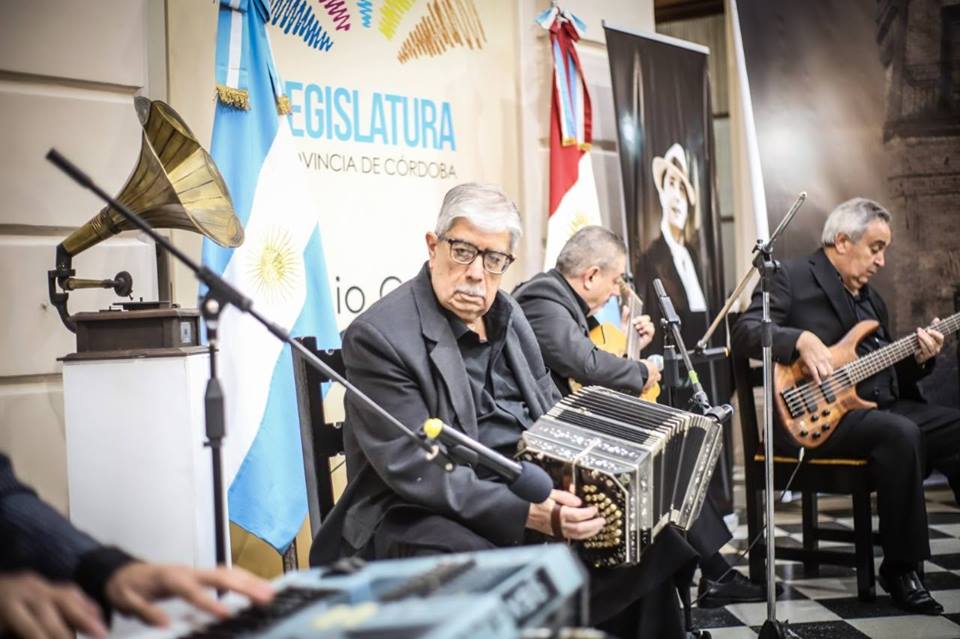 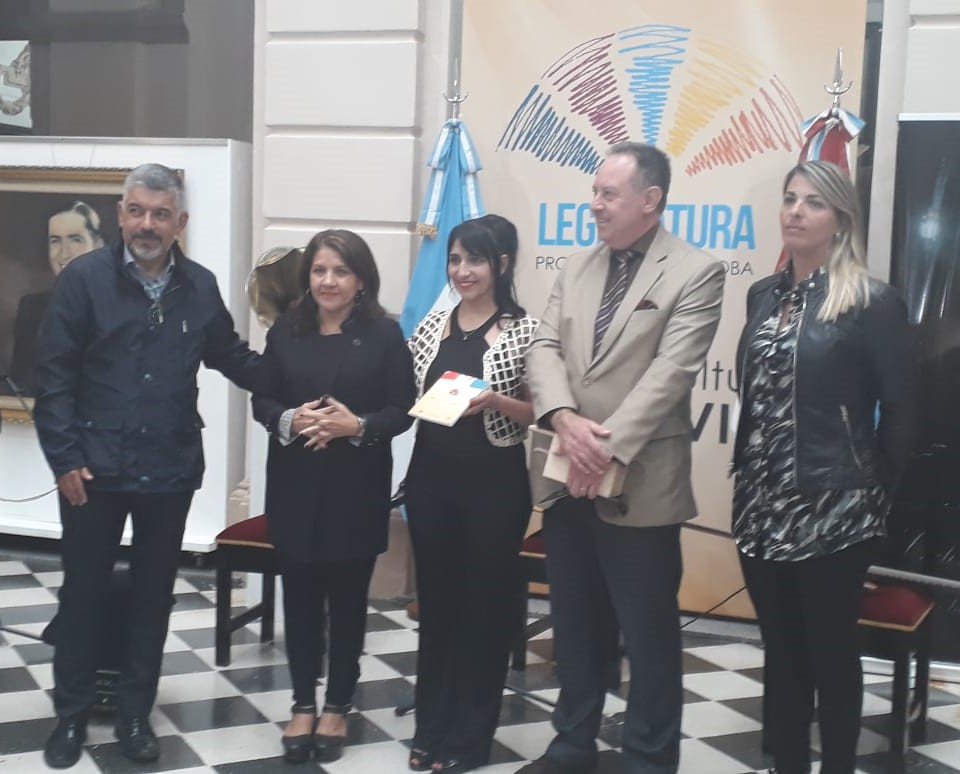 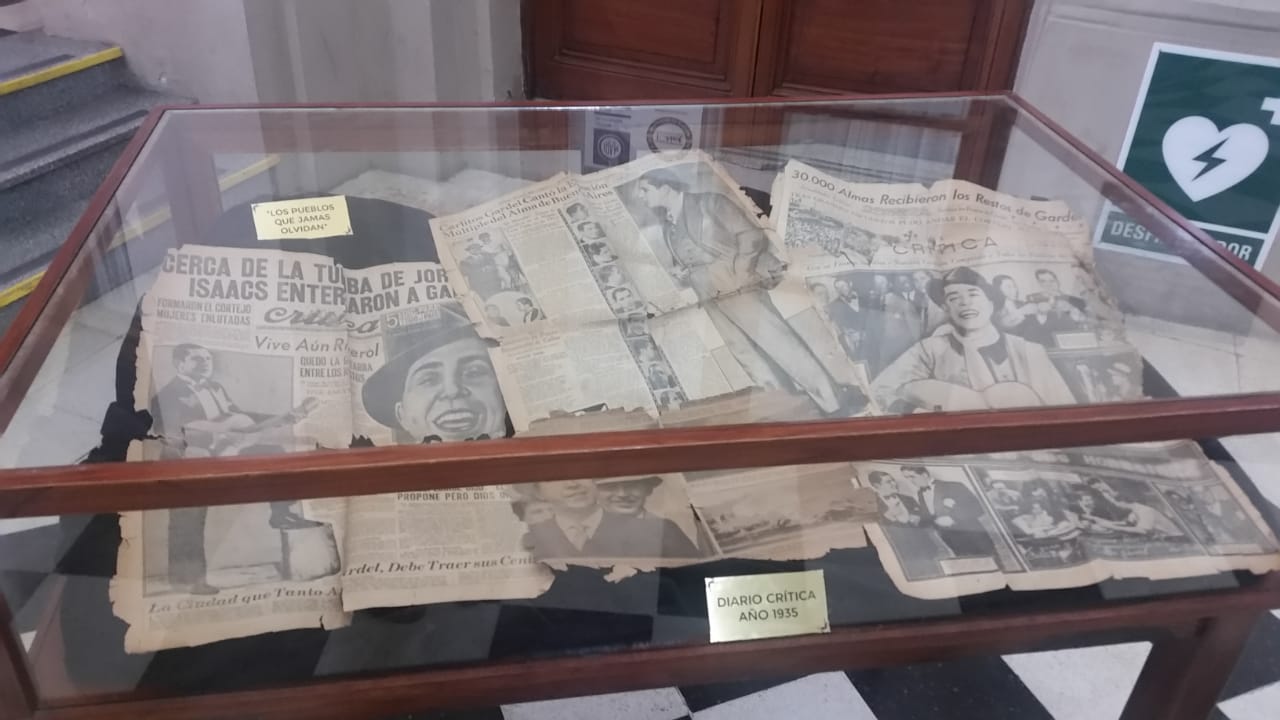 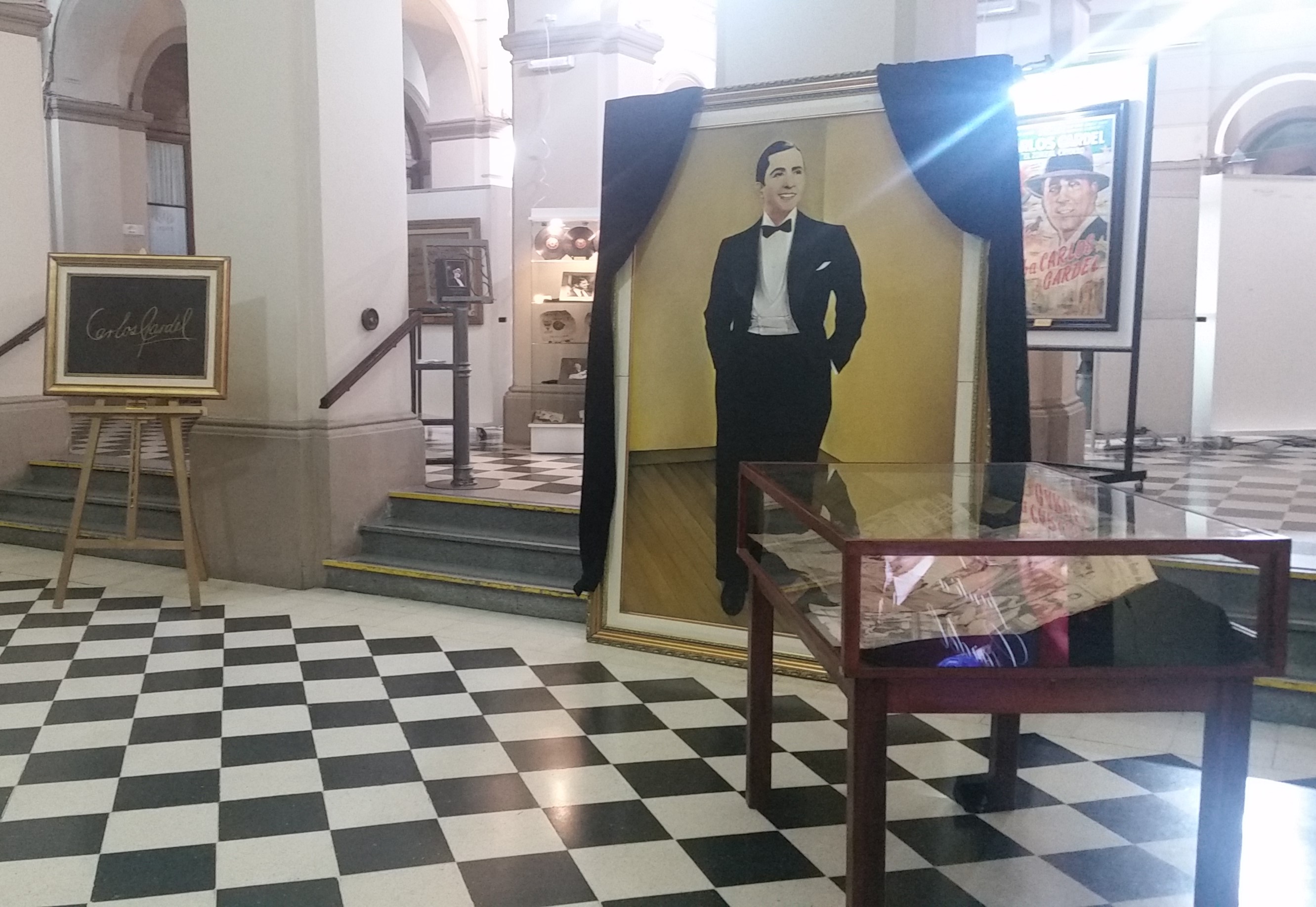 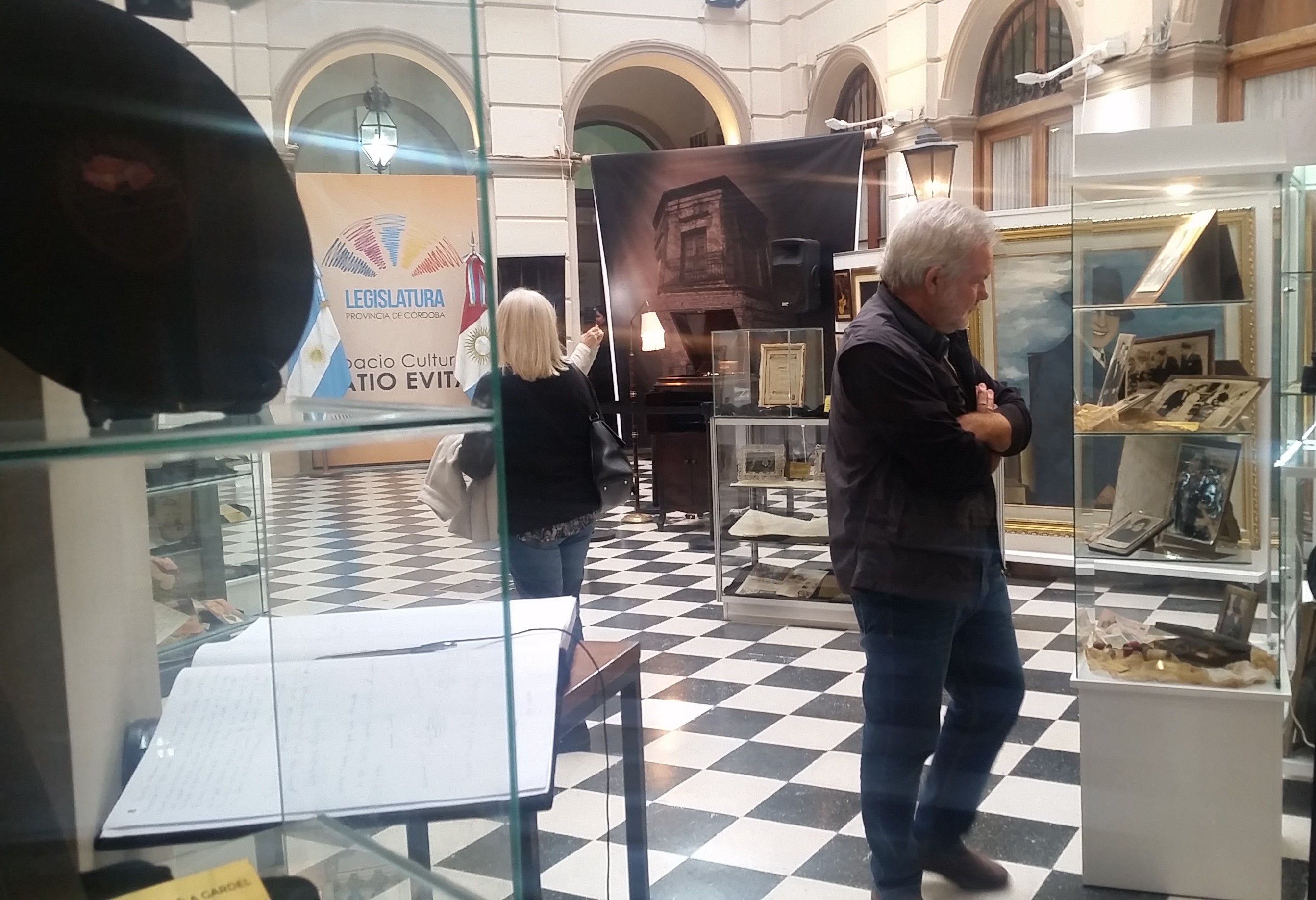 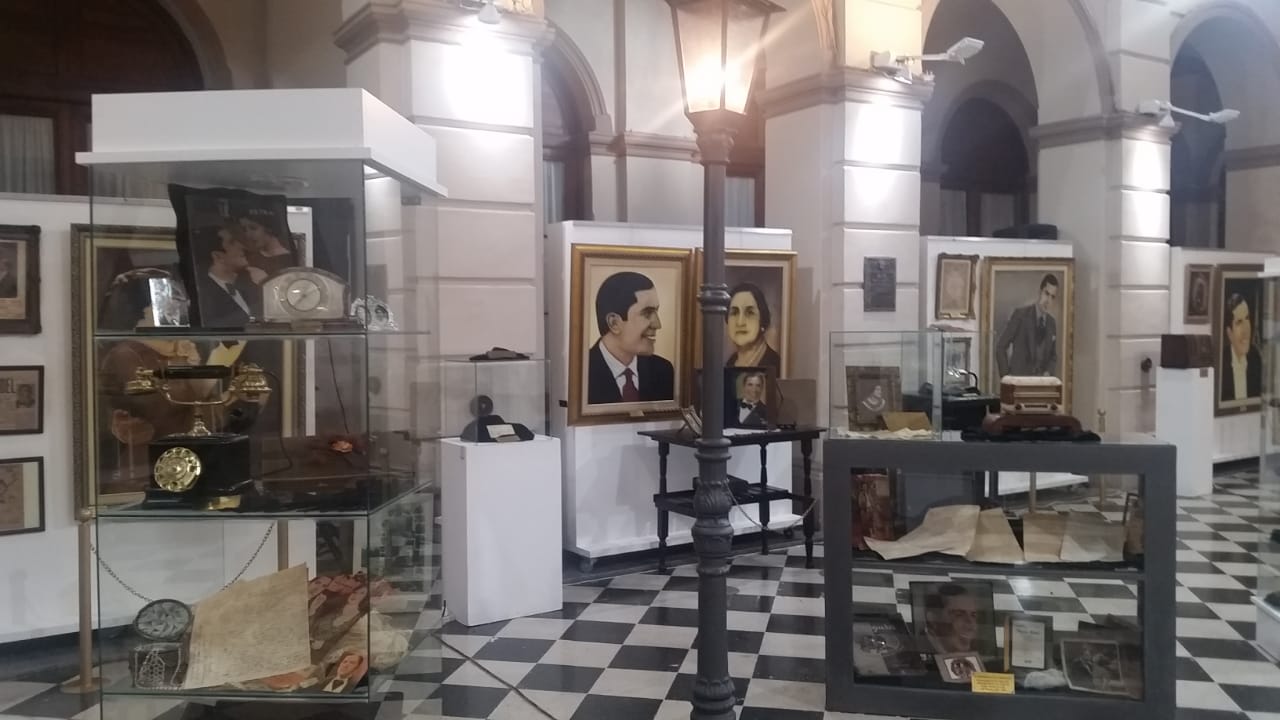 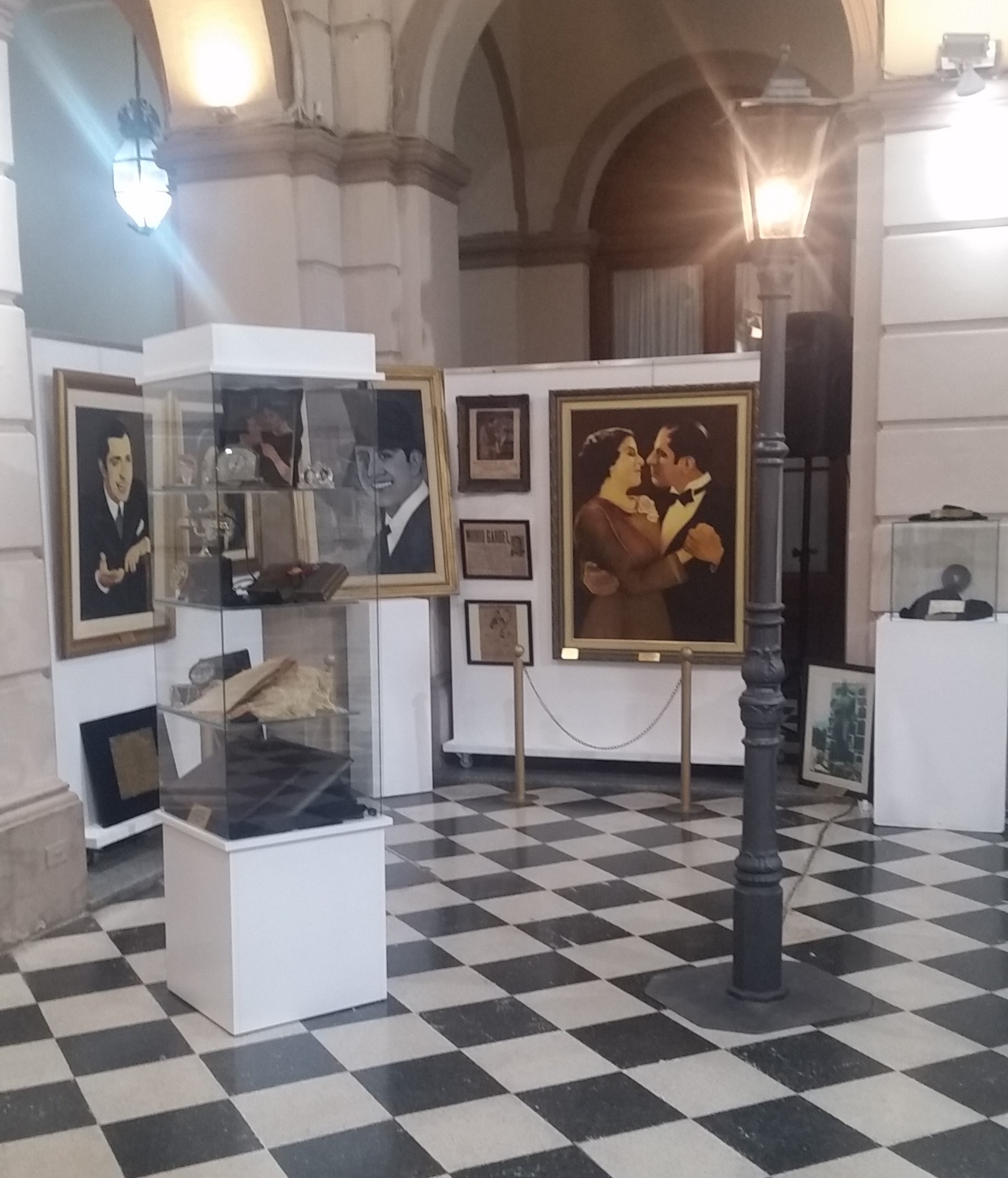 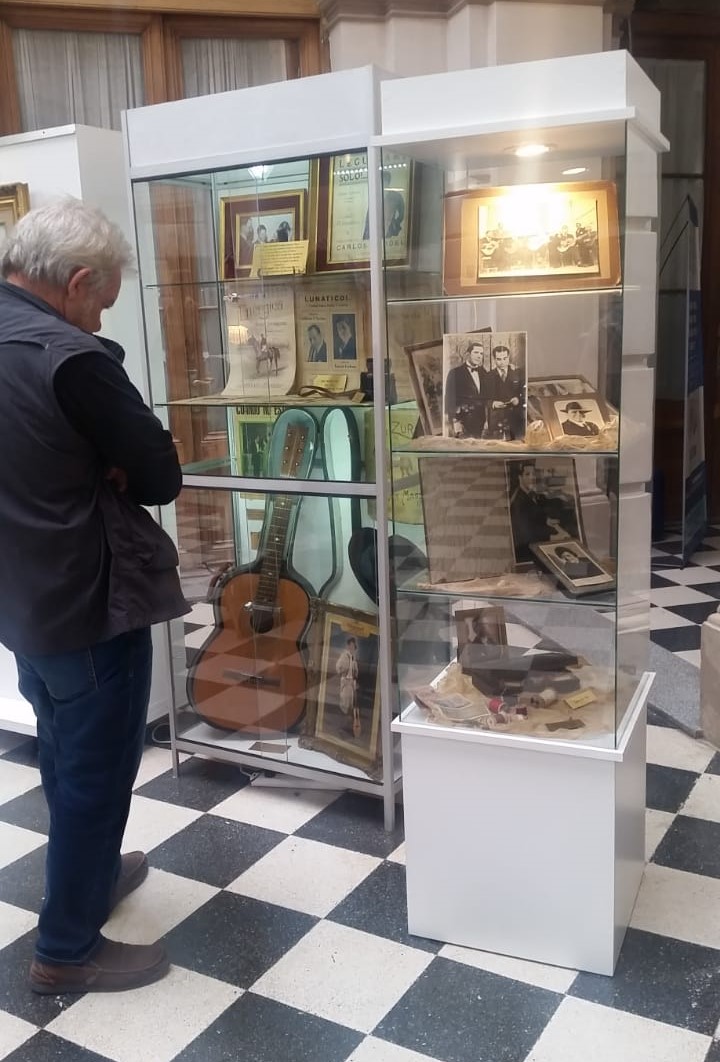 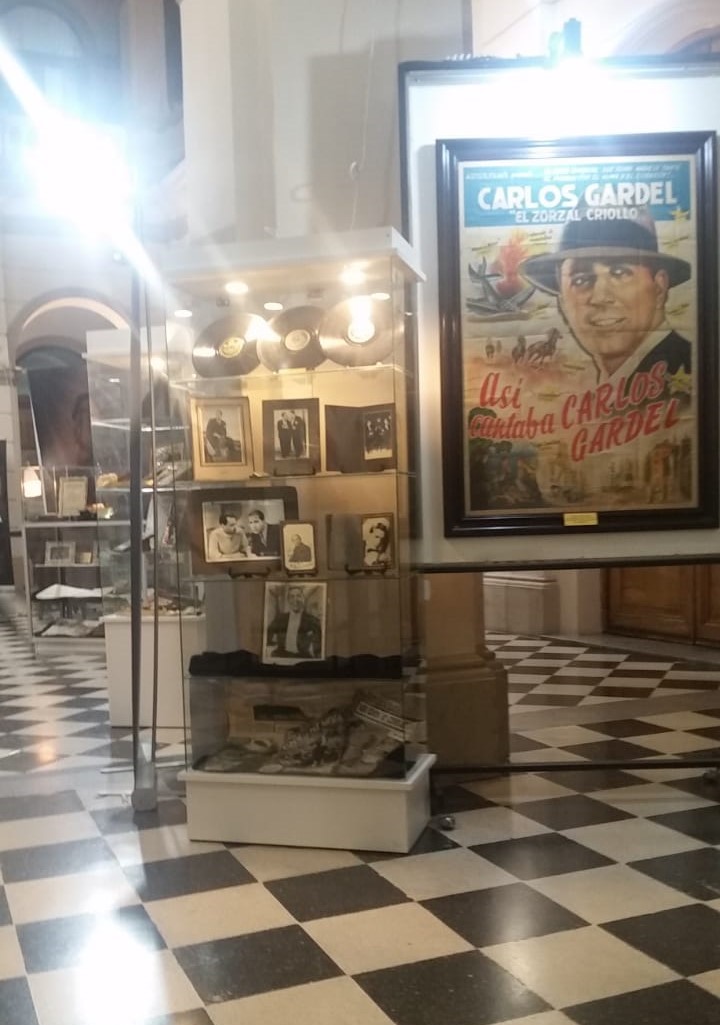 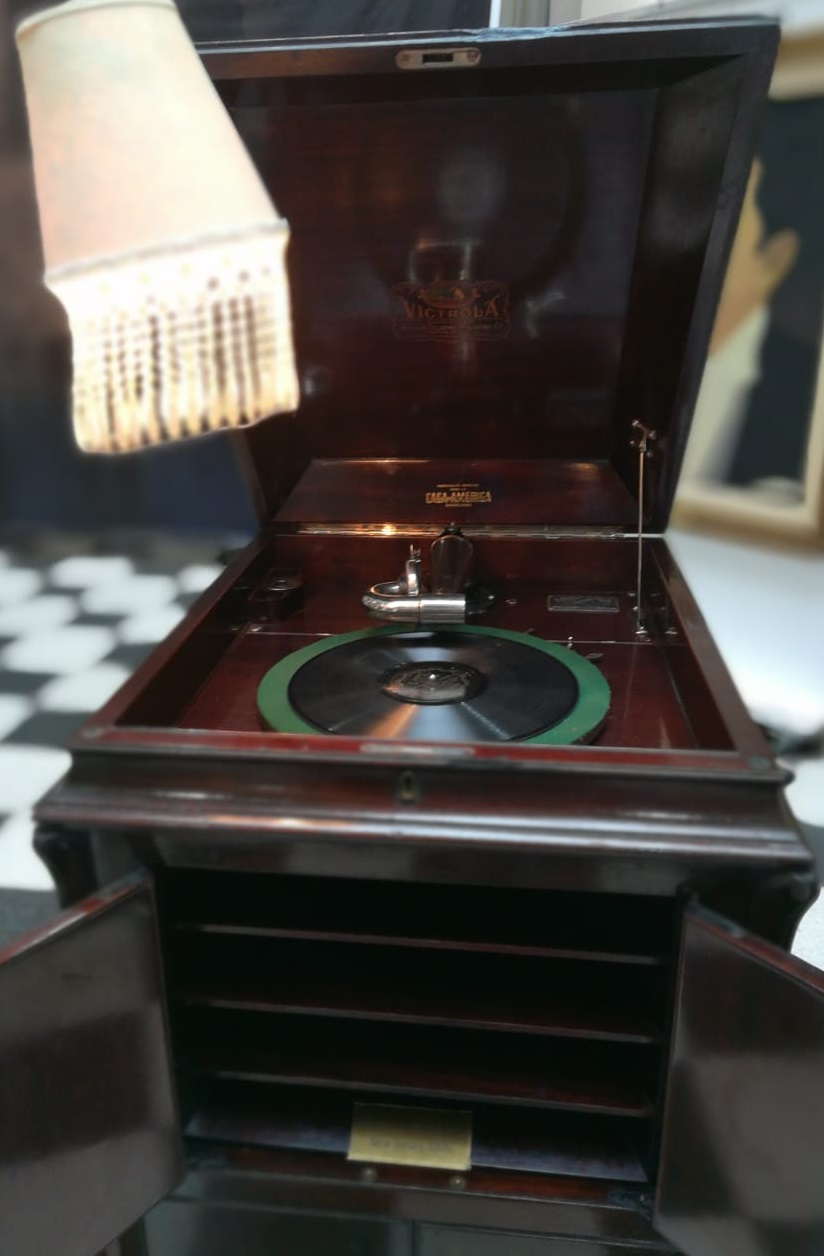 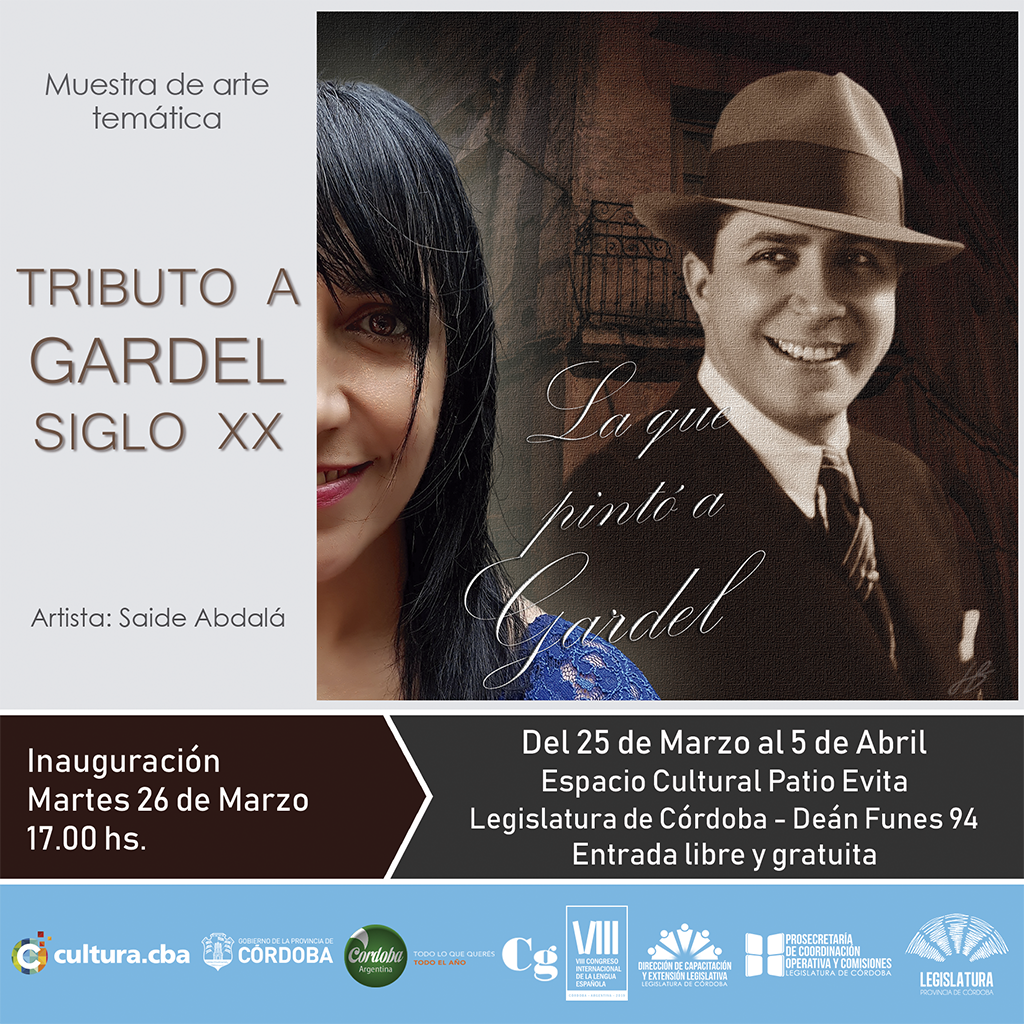 From March 26 to April 5, during the VIII International Congress of the Spanish Language, the exhibition "Gardel Siglo XX" was held in the Evita Protocolar Courtyard of the Legislature of the province of Córdoba. It was the stage for the great tribute to an icon of tango music, the brand new "Carlos Gardel". The exhibition ART TANGO based on the Cultural project "Volver a Gardel" that belongs to the artist and author Saide Abdalá, who received the approval of the Carlos Gardel Siglo XX exhibition, accompanied by emblematic artists of traditional and popular music. There was the presence of important tango stars such as Cuartetango orchestra conducted by Maestro Carlos Nieto, with the special presentation of the prominent singer and actor Ángel Rico "Angel de Gardel", outstanding dancers Martín Peralta and Malena Jara, who act to Focus Tango and the Servas Foundation. The CILE was an important historical event for the province that featured the outstanding visit of King Felipe of Spain.